Television has been scientifically proven to produce many harmful effects on children and adults.1,2 From setting the stage for unrealistic expectations linked to low self-esteem and eating disorders to advertising unhealthy food and presenting unethical behavior as the norm, television can have many undesirable effects.

But some television shows provide entertainment while actually cultivating intellectual or emotional maturity. Some characteristics of these shows teach kids aspects of the real world that can help them understand how to interact with others in a positive way.

The following is a list of popular television shows that, in my observation, help develop a variety of valuable emotional, interpersonal and practical skills for growing children while providing wholesome family entertainment.

Each episode of this program centers on a different couple – homeowners who are dissatisfied with their home. One homeowner wants to move to avoid making extensive repairs while the other wants to stay because of loved features of the home. The couple agrees to a remodeling and a new home budget while a real estate agent and a home remodeler compete to see who can provide the couple with the best living option.

There are many great lessons to be learned from this program. The couple agrees to come to a compromise after they each list their wants in a home. They are encouraged to be considerate and compromise with each other. The couple sets a realistic budget, not an extravagant price, thus setting the stage for compromises. The real estate agent and the remodeler compete in a good-natured but genuine competition and accept loss graciously once the couple make a decision at the end. Lessons learned include compromise, good-natured competition and setting a budget.

This is a comedy about a working class family with 3 kids ranging in age from grade school to college age. The plots are humorous and often touching, usually highlighting the message that the characters are imperfect but generally honest and kind. The show, unlike most television shows directed towards kids, does not focus on extravagant wealth or superstar kids or superpowers but instead on ordinary kids who lack more talents than they have. The benefits of watching this program include exposure to normal expectations and watching a family work through some typical problems within a half-hour episode.

The cooking challenges in this show focuses on the swift creation of a tasty and attractive meals using unusual ingredients. Contestants have to think on their feet, work well with their team, and use constructive criticism to improve as the show progresses through each round. There is some occasional crying but the show teaches poise under pressure, creativity, and compassion for the loser, who is always presented as very human. Many contestants return even after having been eliminated on past episodes, emphasizing the importance of persistence.

This reality show features fledgling entrepreneurs with business ideas that they want to take to the mass market. A panel of potential investors offer varying levels of financing and partnership in the young businesses. Unlike most reality show competitions, every contestant on the show can win. Business offers are made quickly and clearly which emphasizes the importance of strong math skills. Business ideas are praised, criticized and questioned, teaching the importance of self-confidence as well as the importance of keeping an open mind to constructive criticism.

This show is about talented vocalists who compete for voice coaching and mentorship by celebrity judges. While there is certainly an emphasis on entertainment, this show emphasizes the importance of coaching and reveals that even talented people need to work hard to improve. At the core, this show also demonstrates the tough reality that great raw talent can’t progress to the professional level unless it is packaged for general consumption similar to the message of Shark Tank.

This reality show features obese contestants who need to lose weight. An emphasis on health, making positive changes, looking towards the future and not being ashamed of admitting the you need to work on self-improvement are central to the concept. Most importantly for kids, while there is a prize for the winner, the benefits for all contestants lies in the process itself – emphasizing the importance of working hard in daily life. For example, if a student is not number 1 academically or in sports or other extracurricular activities, participation is still beneficial.

Television, like anything in life, can be harmful, but an also be beneficial if used mindfully. Kids can get some valuable advantages from some television shows that teach realistic and useful life lessons. 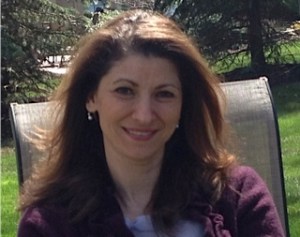 Heidi Moawad MD is a Neurologist and a medical writer. Dr. Moawad is a graduate of Case Western Reserve school of Medicine and trained at University of Chicago Hospitals. Dr. Moawad is the author of “Careers Beyond Clinical Medicine” and she teaches human physiology and global health at John Carroll University in Cleveland, Ohio.
http://nonclinicaldoctors.webs.com/

Five Things to Do Before Your Gynecology Visit: What Your Gyn Wants You to Know

About The Physicians Blog!

Imagine chatting with your doctor over coffee or lunch to discuss your health concerns. What would you ask? What would your conversation sound like? The Physicians blog is designed to be just that-a conversation between you and a physician. The Physicians Blog is a platform for physicians in all fields of medicine - from plastic surgery to family medicine to nephrology - to communicate with you about different health topics in a practical and personal way. No insurance cards, no 15 minute office visits or rescheduled appointments- just a conversation over coffee.

Enter your email address to subscribe to this blog and receive notifications of new posts by email.
Name
Email *