I’m forgetful, do I have Alzheimer’s?

Fear of losing one’s memory is certainly a significant concern. Many people fear that memory loss usually represents onset of Alzheimer’s Disease. This fear becomes even more prominent when there is someone in the family who has been diagnosed with Alzheimer’s Disease. Although this fear is very valid, it is not always justified since the most common reason for memory loss is not Alzheimer’s.
So what are the most common reasons for memory loss? Many patients who complain of memory loss are also individuals who also complain of poor sleep or feeling unrested when they get up from bed. Sleep and memory (more specifically short-term memory) are very closely linked. In order for a person to feel well-rested after sleeping and allow the brain to store memory, the brain has to be permitted to enter a stage of sleep called REM. REM or Rapid Eye Movement is a stage that makes up 20-25% of the total sleep that a person receives in one night. People who suffer from sleep apnea (have trouble breathing during the night) are not able to get adequate REM sleep. Inadequate REM sleep may lead to disturbances in concentration and memory. Most people with sleep apnea are diagnosed by their spouse long before they see a doctor as they often feel the business end of their spouse’s elbow routinely throughout the night. Many people with sleep apnea have a tendency to snore, but this is not present in all cases of sleep apnea. People with sleep apnea commonly wake up feeling tired. As this condition worsens, memory problems begin to arise and worsen to the point where sufferers become very absentminded and have trouble functioning during the day. People who feel this way should consult their doctor about having a sleep study.
When someone complains of memory problems, physicians will commonly order a panel of blood tests that evaluate thyroid function, look for deficiencies in Vitamin B12 and Folate, and look for infections such as Syphilis. It is important to note that vitamin deficiencies in B12 and Folate are commonly seen in those who follow a vegan or vegetarian diet. Supplementing these diets with these missing vitamins can help prevent memory problems. Additionally, those who have a long history of alcohol abuse can also suffer from deficiencies in Thiamine which can also lead to memory problems in addition to a host of other issues.
Abnormalities in functioning of the thyroid can not only lead to memory problems but also cause weight changes, hair loss, as well as abnormal heart beat. Those suffering from thyroid problems can also complain of depression, anxiety or restlessness. These feelings often go hand-in-hand with problems with sleep which can further exacerbate issues with memory as discussed earlier.
Finally, those who suffer from primary depression, bipolar disease, or anxiety disorders are very prone to developing memory problems. However, in the case of these conditions, the memory problems are part of a group of symptoms that lead to a condition called pseudodementia which as the name implies is not really dementia. Patients with pseudodementia have complaints of: poor short-term memory, problems with decision-making, poor attention, lack of concentration, abnormal sleep patterns (either too much or too little sleep), and appetite abnormalities. In these cases, treating the underlying problem will also lead to an improvement in the memory complaints. Many people who suffer from depression or anxiety are often not aware that they are suffering from these conditions. Still yet, many are in denial that they are suffering from depression. Personal and/or professional stressors can have significant impact on one’s ability to function normally. These stressors can lead to insomnia and in severe cases to depression which can cause one to feel incompetent at even the most basic tasks. Seeking attention early is the best intervention in cases that involve depression.
I hope that the above has been helpful in understanding some of the complexities of treating problems with memory. If you are having trouble with the things that we discussed above, I encourage you to speak to your primary care doctor and to do it sooner rather than later. The earlier you seek attention, the more likely it is that your doctor will be able to help you and the faster you can get back to yourself and enjoy life to its fullest. 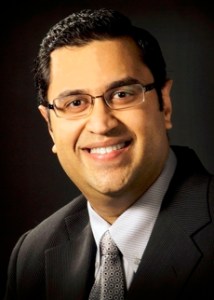 Dr. Amit M. Shelat, D.O., F.A.C.P. is an Attending Neurologist in the Department of Neuroscience at Winthrop-University Hospital in Mineola, New York. Dr. Shelat is Assistant Professor of Clinical Neurology at Stony Brook University School of Medicine. He is board-certified in Neurology by the American Board of Psychiatry and Neurology (ABPN) and the American Osteopathic Board of Neurology and Psychiatry (AOBNP). Connect with him on LinkedIn.

Do You Worry? The Breakdown of Anxiety

5 Things to Do Before Starting Your Workout Routine

About The Physicians Blog!

Imagine chatting with your doctor over coffee or lunch to discuss your health concerns. What would you ask? What would your conversation sound like? The Physicians blog is designed to be just that-a conversation between you and a physician. The Physicians Blog is a platform for physicians in all fields of medicine - from plastic surgery to family medicine to nephrology - to communicate with you about different health topics in a practical and personal way. No insurance cards, no 15 minute office visits or rescheduled appointments- just a conversation over coffee.

Enter your email address to subscribe to this blog and receive notifications of new posts by email.
Name
Email *